The Science of Yoga: The Risks and the Rewards Paperback – 9 May 2013 by William J Broad.

This is a great book and a must for any yoga teacher.

Journalist, William J Broad who wrote this book has done a great job of debunking some of the myths of yoga. As the title suggests, he really pinpoints the risks and the rewards of yoga. I feel it’s a very balanced book in that it’s not trying to prove yoga to be good or bad.  What I really like about it is that it goes into detail about how some of the things the centuries old yogis were spot on with what they were claiming in terms of the benefits of yoga. Having practiced yoga for some years I have always believed in the many benefits put forward by yoga advocates and have experienced those benefits first hand. It’s a shame that so many people won’t believe something until it is backed up by science.

I read a lot of books but don’t get time to read as much as I’d like to, so I supplement my reading by downloading audiobooks as I can listen to them and work at the same time – great use of time, I feel like I’m being double productive! I’m also a good listener so I tend to retain the information better than when I read it.

I downloaded The Science of Yoga from Audible. I recommend both the book and an Audible subscription if you’re an avid audiobook fan like myself.

Buy The Science of Yoga: The Risks and the Rewards at Audible.

“The Science of Yoga draws on a hidden wealth of science, history, and surprising facts to cut through the fog that surrounds contemporary yoga and to show – for the first time – what is uplifting and beneficial and what is delusional, flaky, and dangerous”. 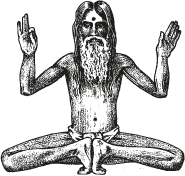